go site Immune responses to bacteria. An immune response that is ineffective in clearing HCV infection may be more harmful to the liver, causing chronic inflammation, hepatocellular injury, and, over several decades, liver fibrosis and cirrhosis. Progression to persistent infection and the immunologic mechanisms of liver injury are the consequence of complicated interactions between the virus and host.

Identification of immunologic correlates of viral clearance may contribute to the development of an effective vaccine and better therapy for HCV infection. Leonard B. Clearly, some infected persons recover completely; some remain HCV viremic without biochemical evidence of liver damage; some seem to have a static form of chronic hepatitis characterized by persistently elevated aminotransferase levels without overt symptoms or disease advancement; some progress over a difficult-to-define period to histologic fibrosis and cirrhosis; some have long-term stable cirrhosis identified only through liver biopsy; some have progressive cirrhosis that culminates in liver failure; and, finally, some develop hepatocellular carcinoma.

The uncertainties lie in the relative frequencies and rates of development of these various sequelae. Indeed, the major questions are whether progression is linear and whether advancement through these increasingly severe manifestations is inevitable The only means of accurately defining outcome is to conduct well-designed, long-term, prospective studies that begin with onset of acute HCV infection and follow participants over a sufficiently extended period.

Such studies must use careful clinical, biochemical, serologic, and histologic assessment. However, there are numerous impediments to accomplishing these aims. Onset of acute hepatitis C is rarely recognized owing to lack of symptoms; chronic HCV infection similarly is generally a silent condition; and the course of the disease is often markedly protracted, spanning 20 to 40 years before the final outcome is reached.

Moreover, the circumstance of exposure for example, transfusions, parenteral drug use, hemophilia, or hemodialysis may itself be associated with reduced life expectancy, thus competing with HCV for morbidity and mortality. Strategies used to examine this issue have included prospective transfusion-related studies that begin with acute hepatitis C; retrospective studies that prospectively track persons with established chronic hepatitis C; and a combination of the two—retrospective-prospective nonconcurrent prospective studies—that requires identification of a definitive acute hepatitis outbreak in the past, with subsequent patient recall followed by long-term prospective evaluation.

The second approach introduces the problem of selection bias—namely, the focus on patients with already established chronic liver disease and the omission from analysis of persons who were infected earlier but who spontaneously recovered or were not ill enough to consult a physician. Early studies focused on persons with transfusion-associated hepatitis C None of the studies had more than 14 years of follow-up, and none included a noninfected control group.

These studies clearly identified liver-related morbidity and mortality but in generally modest frequencies. Their limitations, however, were the relatively small numbers of patients included in each study and the short follow-up. In three important studies , a far bleaker picture emerged. Of note, a considerable number of the patients in the U.

The impact of these results must, however, be tempered by the fact that they represent the worst-case scenario by focusing only on persons with already well-established chronic liver disease. Three studies can be classified as retrospective-prospective studies.

The first, an ongoing study from Ireland, involved an outbreak of acute hepatitis C in more than 50 young women who had received HCV-contaminated anti-D immunoglobulin This surprising result has been attributed to the fact that these were young, healthy, nondrinking women, who seem to be at less risk than older, alcohol-imbibing men The second study followed persons from several early transfusion-related studies in whom acute hepatitis C had developed Patients with acute hepatitis in these studies were combined and compared with a matched group of controls who did not undergo transfusion and did not have cirrhosis so that morbidity and mortality could be studied long-term.

Analysis at 18 years 41 and 23 years 42 revealed no difference between the two cohorts with respect to overall mortality but showed a slight and slowly increasing difference in liver-related mortality Figure 3. Follow-up for morbidity in living patients revealed that one fourth seemed to have had spontaneous resolution; in the remainder, viremia persisted, and only half of these patients had accompanying aminotransferase elevations. These data are in accord with a recent report from Germany showing that mortality is increased in persons with chronic hepatitis C only if they have cirrhosis Figure 3.

The final study is an almost year follow-up of young military recruits on a U. Air Force base in Wyoming, from whom blood samples were obtained between and as part of a study of a streptococcal infection outbreak The remainder are likely to die of causes other than liver disease. Jay H. Although the recommendations for therapy remain valid, the optimal regimen now requires modification. Therapy for hepatitis C is clearly indicated in patients 18 to 60 years of age who have persistently abnormal alanine aminotransferase levels, HCV RNA in serum, and evidence on liver biopsy of chronic hepatitis with either fibrosis or moderate degrees of inflammatory activity Patients with decompensated cirrhosis and those with persistently normal aminotransferase levels and mild hepatitis should not be treated outside of clinical trials.

Combined results of these two studies are shown in Figure 4. This supports the previous recommendation that interferon as monotherapy should be given for 12 rather than 6 months 45, Both the end-of-treatment and sustained response rates were higher with combination therapy than with interferon alone. Similar differences were reported for biochemical responses and histologic improvement 6 months after stopping therapy. Figure 4.

Despite the impressive results obtained with combination therapy, the real issue is whether patients in whom sustained virologic response is achieved are likely to have relapse months or years later. Insufficient time has elapsed to evaluate the durability of virologic responses after combination therapy, but long-term follow-up after treatment with interferon alone indicates that most patients who fulfill the criteria for a sustained virologic response remain negative for HCV RNA, have normal serum aminotransferase levels, and have no symptoms of liver disease 5 to 12 years after treatment 53, Retrospective analyses of the two studies for features that produced a response have identified several factors important for recommending therapy 49, The host factors of young age, female sex, and lesser degrees of fibrosis on liver biopsy correlated with a greater likelihood of a sustained response.

Figure 5. Nevertheless, the variability of quantitative assays for HCV RNA and spontaneous fluctuations in levels over time make it difficult to use this factor to recommend therapy or its duration.

In both studies, all patients with a sustained response to combination therapy became negative for HCV RNA before 24 weeks. The side effects of combination therapy include those of both interferon and ribavirin Table 2. Ribavirin causes dose-related hemolysis and anemia, and prolonged treatment can cause pruritus, nasal congestion, and cough. Most side effects are mild to moderate, transient, and reversible; they can be managed with counseling, dosage adjustment, or specific treatment.

Severe side effects are more frequent with combination therapy.

Importantly, HBeAg seroconversion is associated with a favorable long-term outcome and with decreased risk of developing cirrhosis or HCC. For the main encyclopedia article, see Virus. B haplotype influence on the relative efficacy of Marek's disease vaccines in commercial chickens. EMBO Rep ; Kolakofsky D.

Furthermore, ribavirin is known to cause fetal abnormalities and should not be used in patients both men and women who cannot practice adequate birth control during therapy and for at least 6 months thereafter. Contraindications to combination therapy include hemolysis, anemia, bone marrow suppression, coronary and cerebrovascular disease, neuropsychiatric conditions, active alcohol or substance abuse, renal insufficiency or transplantation, and autoimmune disease.

In some of these situations, interferon monotherapy can be used instead. Most therapeutic trials have focused on typical patients with chronic hepatitis C. Scant information is available for patient groups who do not fit the standard profile, including children; elderly persons; patients with acute hepatitis C who have normal aminotransferase levels, severe extrahepatic manifestations, HIV co-infection, active alcohol or substance abuse, or renal disease; patients who have had solid organ transplantation; patients receiving cancer chemotherapy or immunosuppressive agents; and patients in prisons or public institutions.

These findings support use of combination therapy in patients who have had relapse, but they did not address whether a week course might be preferable to a week course, especially among patients with genotype 1 or high levels of HCV RNA. Recommendations for patients who do not respond to interferon are also difficult.

True nonresponders have a low rate of response to combination therapy, but some sustained responses have been reported The major challenge is how to increase the rate of sustained response to antiviral therapy. Approaches being evaluated include use of different types of interferon 56 , daily interferon dosing 57 , higher doses and induction regimens 57 , and long-acting pegylated interferons Long-term, continuous interferon or ribavirin therapy is an option, particularly in patients with extrahepatic manifestations, those with marked fibrosis on liver biopsy, or those who are at high risk for hepatocellular carcinoma The current recommendations for treatment are summarized in Table 3. 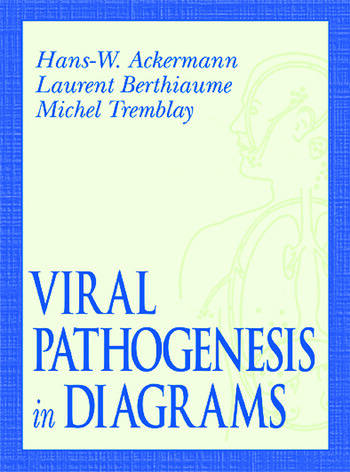 The greatest need in hepatitis C therapy is better and safer antiviral agents. Advances in knowledge of the genomic structure, structural biology, viral life cycle, and replicative strategy of HCV will aid in the development of potent antiviral agents. Particularly attractive targets for therapy are the enzymatic activities of the nonstructural polypeptides, including the helicase, protease, and RNA polymerase. However, such an effort is not without daunting challenges.

First, the virus exists as a quasi-species because of a high rate of mutation in the hypervariable region of the envelope proteins 9, Second, the hypervariable region is a major site of antienvelope antibody response and contains a principal neutralization epitope 11, 13, Third, antibody responses to the envelope proteins develop slowly and achieve only modest titers during primary infection Consequently, neutralizing antibodies may emerge too late to prevent chronic infection.

In susceptible research chickens, tumors can develop as early as 21 d post-infection. See main text for outline of the overlapping timing of early cytolytic, latency, late cytolytic, and transformation stages. Infectious viral particles are first detected in shed dander around 8 dpi Jarosinski, and viral load in dander increases up to 28 dpi. The s were marked by a major increase in poultry loss due to MD Witter, The MD vaccines were the first vaccines capable of preventing virus-induced cancer Calnek, MD vaccines are typically administered shortly post-hatch or in ovo to allow chicks to become immunized requires 7 to 14 d for full protection before heavy exposure to the virus in adult chicken flocks.

A major flaw of the current vaccination strategies is that they do not produce sterile immunity, i. Lee and colleagues conducted in vivo studies to determine if MD vaccination impacted the distribution of virulent MDV among T lymphocytes, through PCR viral load assessment and plaque assays infectivity. Rispens was detected through qPCR in peripheral lymphocytes after vaccination peak at 7 d post vaccination [ dpv ] and in feather tips as early as 7 dpv peak at 14 dpv.

The SB-1 and HVT strains continued to be shed with the feather dander for several months after vaccination and significantly reduced virulent MDV shedding in dander between 14 and 28 dpi Islam and Walkden-Brown, Thus, another component of the vaccinal benefit may be interference with virulent MDV infection of the host FFE and resultant decreased viral transmission.

The physical state of the HVT genome in the lymphoblastoid cell line was not determined. Both linear and episomal forms of MDV are found in infected host cells. The episome is the host genome-independent form of the virus, and the linear form is typically integrated within the host genome Delecluse and Hammerschmidt, a. Delecluse and Hammerschmidt a were the first to report, by cytogenetic methods, that MDV integrated into host chromosomal DNA in transformed cell lines developed from infected birds.

Interestingly, the integration sites were mostly found to be distally located at the telomeres of the macrochromosomes Delecluse and Hammerschmidt, a.